Drug Samples Are Becoming a Thing of the Past 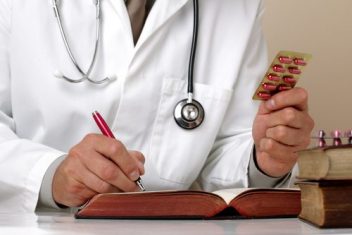 The days of free prescription drug samples are coming to a close.

In a time when pharmaceutical companies are slashing staff and losing ground to generic counterparts gone are the days when doctor’s offices are chock full of prescription drug samples.

It’s a harsh reality for patients who depend on these freebies to offset the high prices of prescription medicines.

This drop in sampling goes hand-in-hand with the cut in the pharmaceutical sales representative force. Big Pharma companies have cut their sales staff by about 30 percent in the past five years, industry figures show.

The sales-staff reduction is, in part, because some drug makers have been consolidating and trying to cut costs. Also, some of the better-selling drugs have been going off patent, which also cuts deep in pharma company profits. For example, the patent for Takeda Pharmaceutical’s popular type-2 diabetes drug, Actos, will expire in August 2012.

While the samples that are left at doctors’ offices to give physicians a chance to try a new medicine, the consumers are the ones who are hurt the most by this move. Doctors often give samples to patients who are financially strapped or to see if a patient can tolerate a new medicine without having to buy a 30-day supply.

Some Doctors Simply Refuse Them

In addition to Big Pharma companies cutting back on the prescription drugs they dole out, many doctors have been turning the freebies away. The crackdown comes amid concerns that the freebies are unduly influencing doctor’s choices. In early 2000, the University of Michigan Health System banned free samples and the University of Pennsylvania and Stanford University medical schools prohibited staff members from accepting them.

Private practice doctors as well have cut off the supply chain. Dr. Jonathan Mohrer, an internist in Forest Hills, New York, told The New York Times that sales representatives were cramming his office.

“It was totally spinning out of control,” Mohrer told The New York Times. “They were meeting each other and schmoozing in the waiting room — it was like a party.”

For many health-care providers, the cut backs are two-fold in reasoning. For one, samples often create a cozy relationship between a physician and the drug company.  David J. Rothman, president of the research group Institute on Medicine as a Profession, say medical judgments are often influenced by samples.

“The question to the doctor is: If you didn’t have it in your drawer, would that have been your drug of choice?,” he told The New York Times.

The other reason is a quality-control issue, professionals said. Sampling makes some highly regulated prescription drugs easily accessible and an easy target for drug abuse or theft.