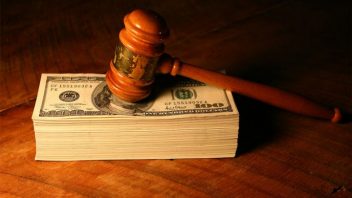 The settlement was reached October 3, 2017, according to documents the company filed with the U.S. Securities and Exchange Commission. It affects lawsuits in an Atlanta federal court and state courts in California.

Those eligible must have had revision surgery to replace defective metal-on-metal components of the company’s Conserve, Dynasty or Lineage model hips.

Injured by a Wright hip replacement? Get a Free Case Review

The expanded agreement settles about 600 cases that were still pending in Georgia and California courts. It covers people who didn’t agree to the first settlement or filed lawsuits after it was completed. The new agreement also covers people who had implants fail after the time limit to file a lawsuit ran out.

The company plans payouts in three waves based on the circumstances of specific lawsuits:

The payments depend on Wright receiving payments from its insurer. They also depend on 95 percent of the people in each of the three waves to agree to the settlement.

If everything falls into place, Wright expects all payments will be completed by September 2019.

Wright Medical faced hundreds of lawsuits over the Conserve hip implants by 2012. The cases were combined into a pair of multidistrict litigations (MDLs). MDLs allow several similar lawsuits to be combined to save time and money, allowing cases to move more quickly through the legal process.

In 2015, an Atlanta jury awarded an $11 million verdict to a woman who had received a faulty Wright Conserve hip implant. The jury found the device was defective, unreasonably dangerous and that the company had misrepresented its safety. Wright agreed to the first settlement about a year later.

By 2010, nearly 1 in 5 Wright Conserve hips required revision surgery less than five years after patients received one. In addition to the hips failing, people listed metallosis, damage to bone or muscle tissue and device loosening in lawsuits they filed.

Metallosis is a type of metal poisoning. As the metal parts in metal-on-metal hips rubbed against each other in normal use, they released microscopic metal particles. These particles caused metallosis, which can cause further damage of the implant or loosening.

Similar problems were being reported with the Dynasty and Lineage models, as well as metal-on-metal hip implants made by other manufacturers.

At least four other metal-on-metal hip devices are the target of thousands of current lawsuits in other MDLs, including:

In 2011, the U.S. Food and Drug Administration ordered manufacturers to begin tracking problems with the device.

The agency had cleared at least 190 metal-on-metal approval requests through the agency’s 510(k) process by late 2012. Most of the requests were for modifications to existing designs. The 501(k) process requires that a device maker simply show its product is “substantially similar” to a medical device already on the market.

Since 2016, the FDA has required any company manufacturing certain types of metal-on-metal hip implants to receive the agency’s premarket approval (PMA) before marketing them in the U.S. In the PMA process, manufacturers have to demonstrate the safety and effectiveness of their devices.

Wright Medical sold its hip and knee implant business in 2013 for $290 million. As of early 2017, the FDA said there were five other manufacturers of metal-on-metal hip implants still selling devices in the U.S.