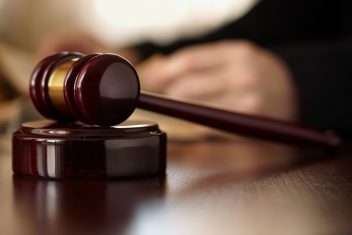 GlaxoSmithKline will pay $3 billion — the largest health care fraud settlement in history — for marketing its drugs Paxil and Wellbutrin for unapproved uses and hiding the deadly side effects of its Avandia diabetes drug from the Food and Drug Administration (FDA).

Glaxo has agreed to plead guilty to the criminal charges brought by the Justice Department in the U.S. District Court of Boston, the government announced July 2. Under the plea agreement, GlaxoSmithKline will pay $1 billion in criminal fines and forfeitures as well as $2 billion in civil damages related to other drugs. The drug company also agreed to be monitored by government regulators for five years.

“For far too long, we have heard that the pharmaceutical industry views these settlements merely as the cost of doing business,” acting Assistant Attorney General Stuart F. Delery, head of the Justice Department’s civil division, told reporters. “That is why this administration is committed to using every available tool to defeat health care fraud.”

The settlement was reached after prosecutors released evidence that Glaxo encouraged hundreds of doctors to recommend its antidepressant drug Paxil to patients younger than 18. The company treated doctors to conferences in Puerto Rico, Hawaii and California, where they were taken on snorkeling, horseback riding and balloon trips. Doctors were even given cash payments of $750 to increase Paxil prescriptions.

Paxil was never approved by the FDA for use in children, yet Glaxo encouraged doctors to prescribe it by presenting them with medical studies the company paid for, touting the benefits of Paxil. Glaxo sales representatives even made calls to pediatricians to inform them about the studies. Doctors are allowed to prescribe drugs for off-label uses, but drug companies are not allowed to market the drugs as such.

The company also misbranded its Wellbutrin antidepressant for treatment of weight loss, sexual dysfunction and substance abuse, giving doctors millions to prescribe the drug for these unapproved uses.

The Justice Department said Glaxo failed to report safety data it gathered between 2001 and 2007 from post-market studies showing its Avandia type 2 diabetes drug increased the risk of heart attack and congestive heart failure. Avandia now carries the FDA’s black-box warning for its heart risks and is available only on a restricted basis.

Glaxo’s $3 billion fine comes after the company has paid more than $700 million to Avandia users who suffered from strokes or heart attacks. The drug company has settled more than 35,000 lawsuits and is facing even more.