Heartburn Meds May Cause Dangerous Complications for People with HIV 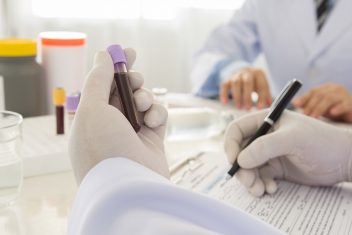 Medical researchers are warning people living with HIV to be cautious about long-term use of some of the most widely taken heartburn medications in the U.S. Proton pump inhibitors (PPIs), which include Nexium, Prilosec and Prevacid among others may cause serious complications in HIV patients which can ultimately raise their risk of death.

HIV damages mucous membranes in the intestines, allowing gut bacteria to pass through the intestinal wall and find their way to other organs. These bacteria can cause inflammation in the organs where they end up. The body may respond to this inflammation with an immune activation that can increase the risk of mortality.

Infectious disease specialists at Baylor College of Medicine in Houston have found long-term PPI use may increase the amount of gut bacteria escaping to other organs, causing a “significant” increase in the risk of an immune response.

The researchers looked at 77 patients with HIV, including 37 who had been taking PPIs for an average of 3.7 years. Another 20 uninfected volunteers were also recruited for the study.

Baylor team members stopped short of saying HIV patients should quit taking PPIs, but said their findings warrant more research. They concluded that “cautious use of PPIs is advised” for people living with HIV.

The researchers published their study in Clinical Infectious Diseases.

PPIs have been associated in the past with small intestinal bacterial overgrowth (SIBO), a condition in which very large amounts of bacteria grow in the small intestine. SIBO can cause chronic diarrhea and prevent the intestine from properly absorbing nutrients.

PPIs suppress the stomach’s ability to produce acid. Some research suggests this allows certain bacteria that would normally be consumed by the acid to flourish.

Previous studies have also found continuous use of PPIs may increase the risk of a serious bacterial infection called Clostridium difficile infection (C. diff.). C. diff. poses a significant risk of death and a high risk of recurring among patients who recover from it. Research has shown an association between long-term PPI use and patients developing C. diff. Other studies had indicated PPI use after an initial bout of C. diff. may increase the risks of it recurring.

PPIs are among the most widely prescribed medications in the U.S. — accounting for more than $10 billion in sales every year. Over-the-counter versions are also widely consumed. Studies have suggested that as much as 70 percent of the people taking PPIs do not suffer from conditions the drugs are indicated to treat. FDA guidelines say PPIs should not be taken for more than 14 days in a row, and used for no more than three, 14-day courses in a year. But they are sometimes prescribed or used outside those guidelines.

Dr. Serpa said his team’s study shows that patients should adhere to those guidelines and that it is particularly true for people living with HIV. He said their study still leaves some unanswered questions and that there is still not enough evidence to tell people to stop taking the drugs all together.

He and his fellow researchers are planning a larger study in the future to look more closely at the association between PPIs, bacterial migration from the intestines, the increased risk of inflammation and immune activation.