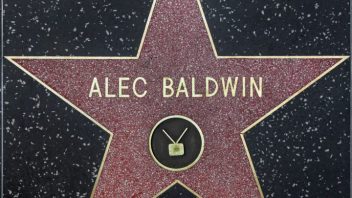 Alec Baldwin may need to phone in his next appearance on Saturday Night Live.

Baldwin is recovering from hip replacement surgery in New York.

The 30 Rock alum and voice of Boss Baby has been preparing for the operation since at least November when his bad hip sidelined him from a traditional, Thanksgiving touch-football game with some celebrity friends.

“All went well in surgery and I am with him in recovery,” his wife Hilaria Baldwin posted on Instagram shortly after the operation February 7.

For anyone whose career can survive even an uncredited role in Pluto Nash, a hip replacement should be a walk in the park. But there are some things every hip replacement patient should think about following surgery. We’ve adjusted them here for an actor of Baldwin’s status.

It’s going to take a while to resume normal activities. That means about three to six episodes of Saturday Night Live. For as many as six weeks, Baldwin may want to play his Donald Trump character seated – or at least improvise the sketch so he can avoid strenuous rehearsal schedules.

Movement is vital. Avoid strenuous and high-impact exercise. Leave chase and fight scenes to stunt doubles. But simply walking or putting his leg through a range of motion will help promote blood flow and prevent blood clots.

Put off air travel. Jetting off to Hollywood or a remote film location can be rough on a newly replaced hip. Air pressure changes in a plane’s cabin — yes, even first class or aboard private jets — can complicate healing. Always consult with a doctor before air travel until the hip is adequately healed.

Being a Hollywood heavyweight is acceptable. Adding extra weight is not. It’s easy to gain extra pounds after hip replacement because people simply can’t exercise as much. Extra weight can put unwanted stress on a hip implant and cause problems.

Prep your house(s) for limited mobility after surgery. Baldwin has a Manhattan penthouse and a mansion in the Hamptons. He’ll want to keep everyday items handy where he can reach them, and make sure someone moves furniture so he can move around freely. He should also take advantage of the stairs in both places to start exercising as soon as his doctor says it’s safe to do so.

Lay off the lotus position. Hilaria Baldwin is the co-founder and co-owner of a chain of yoga studios. While exercise is essential for a healthy recovery, husband Alec may want to avoid some yoga poses. He should avoid crossing or overextending his legs to limit stress on the implant.

Baldwin will also need to watch out for other complications over the next few months. The most likely problems he may experience are infection, nerve damage, blood vessel injury, stiffness and instability.

Hip replacement patients also have to learn some patience. While most people can get back to most routines within a few months, it can still be a long recovery period. Baldwin may have to bench himself for a couple more Thanksgiving touch-football games before the hip fully heals.