Levaquin Turned Me into ‘Frankenwoman’ 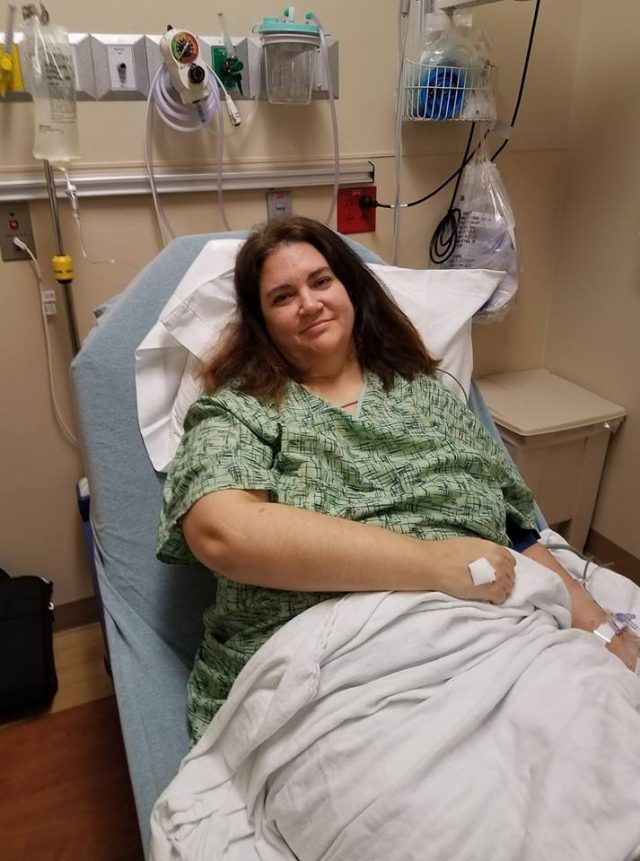 I nicknamed myself Frankenwoman. Stitches, staples, plates and screws weave together the old me with who I am now. Scars cover me — some a shiny, ghostly pink and some bumpy, jagged and angry. This is my new normal.

My scars draw attention when I’m in public because there are so many of them. When people ask what happened, I respond, “An antibiotic happened.”

The scars open a conversation about medication safety. Because of this, they no longer embarrass me. I now think of them as battle lines drawn between survivorship and victimization.

The drug that injured me is Levaquin. It’s a powerful antibiotic in the fluoroquinolone family. My doctor prescribed it to me for a suspected sinus infection.

Because fluoroquinolones are so powerful, the FDA says they should be restricted to treat life-threatening infections or when there are no other options. They are associated with serious, often permanent adverse reactions.

Only no one told me that, and I learned the hard way.

The First of Dozens of Tendon Ruptures

A month after I took Levaquin, I was running errands (ironically enough, my last stop was the same pharmacy I had the Levaquin filled). I was a few yards from my car when I simultaneously heard and felt a loud pop.

I could have sworn someone kicked the back of my ankle from behind. I fell to the ground, scraping my hands as I tried to break the fall. My foot was limp, and I couldn’t move it.

My Achilles tendon spontaneously ruptured in my right ankle and balled up in my calf.  At age 36, that was the first of dozens of tendon ruptures.

As I was recovering from surgery of my right foot, the Achilles tendon in my left foot spontaneously ruptured. This meant more surgery and more rehabilitation.

A year after that, the Achilles tendon in my left foot ruptured yet again — this time above the site of the last rupture.

It required extensive reconstructive surgery, which meant opening the original scar, extending it a few inches up my leg and implanting hardware.

I had been with the same surgeon for two and a half years. He did all three ankle surgeries.

At my follow-up appointment two weeks after the last surgery in January 2009, I sat on the exam table, happy to be getting my staples out. We exchanged pleasantries before his demeanor changed to serious.

“Listen, one rupture … it happens. Two ruptures … it’s bad luck. Three ruptures in someone your age is not normal. I want to see if we can get to the bottom of it. Briefly tell me about your medical history,” he said.

I blinked at him for a moment, not knowing what to make of it. I told him that except for arthroscopic surgery on my knees from a sports injury in my teens and a car accident in my twenties, I’d been healthy and had no history of other orthopedic problems.

He nodded and asked, “What about your overall health?”

As an afterthought, I told him I had a suspected sinus infection about a month before my first surgery and had taken Levaquin for it.

He leaned against the exam table and put his pen down. He told me Levaquin is associated with tendon ruptures and that the FDA issued a black box warning in 2008. That was two years after my first rupture.

At first, I thought my doctor was crazy. I could not fathom an antibiotic — meant to help someone feel better — being the cause of all this.

When I went home, I researched it to the point of near obsession. There I found information and other patients who suffered severe adverse reactions from the same class of antibiotics that I took.

I went on to have over 24 more ruptures over the course of 12 years. That averages out to about two ruptures a year.

The confusion and anger catapulted me into accidental advocacy. What happened to me was happening globally. I funneled all the emotions I had about it into advocating for others and began turning pain into purpose.

In the process I learned that there is a bigger picture: The current health care and regulatory system needs to change. My advocacy grew into helping shape policy that protects patients from medical harm.

As odd as it sounds, despite all the pain, I can’t see myself doing anything else. My scars are roadmaps that tell a story about my journey from harmed patient to empowered advocate. They show where I’ve been. They don’t dictate where I’m going.