Testing Positive for COVID-19: It Felt Like I Had a Compression Belt Around My Chest 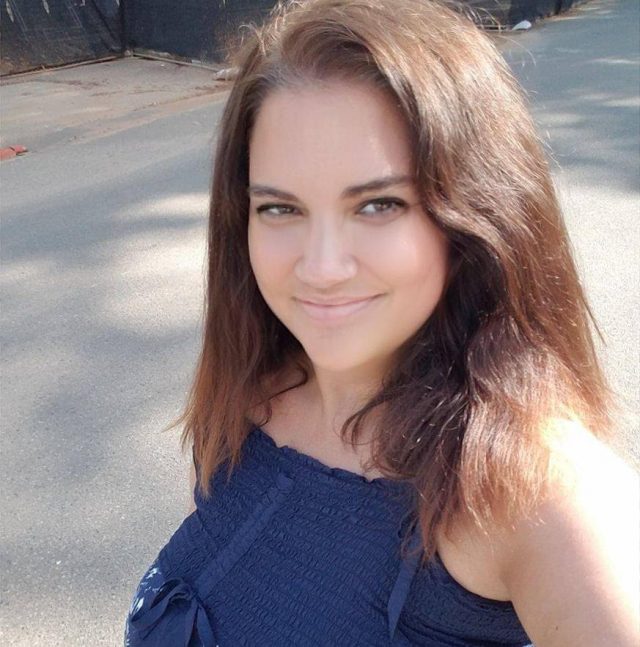 My experience in patient safety and expertise in public health didn’t prepare me for the novel coronavirus COVID-19.

There is always concern when I hear of an infection going around. It puts me in a heightened state of alarm because I am immunocompromised, which means that I cannot fight off infections as well as healthy people can.

Two things put me at risk: I took a fluoroquinolone antibiotic called Levaquin for a suspected sinus infection in 2006 and it weakened my immune system, and four years later, I was diagnosed with sarcoidosis, an inflammatory disease that affects multiple parts of the body, most commonly, the lungs.

Having underlying health issues can put a person at higher risk for severe illness from COVID-19. So, when I heard that a virus was going around, I started to prepare myself for becoming a hermit. This usually means that I cancel plans and avoid going out as much as possible lest I catch something that I can’t recover from.

Unfortunately, despite trying, I was unable to evade the virus, and on March 21, I started showing signs of infection.

When I started exhibiting symptoms, I suspected the flu. However, it became clear that this virus is different from any that I have seen in my lifetime. It’s more contagious and insidious than the flu.

I spiked a fever of 103, and I experienced shortness of breath, body-wide pain and a monstrous headache. What made me suspect COVID-19 later was when I lost my sense of smell and taste. I’d read that one or both of those are a symptom of COVID-19.

“It was hard to breathe without gasping for air and coughing incessantly. Even speaking short sentences left me out of breath.”

COVID-19 is not like the flu as most people think it is. It’s worse.

In addition to a high fever, which caused excessive sweating, vivid dreams and night terrors, I had the chills, body-wide pain, and it felt like I had a compression belt around my chest.

It was hard to breathe without gasping for air and coughing incessantly. Even speaking short sentences left me out of breath. I felt like I was drowning in my own mucous.

I asked to be tested for it, but I was told that because I had not traveled out of the country, I did not meet the criteria to be tested. I was advised to self-quarantine for 14 days and just ride it out.

I am fortunate to live in a community where we help each other. When word surfaced that I was sick, people offered to help me with necessities so I wouldn’t have to break quarantine.

An acquaintance brought some groceries to me. Soon after, I learned that she had tested positive for the virus.

My symptoms got worse, and I went to the emergency room on April 5. When asked if I had come in contact with someone who had COVID-19, I answered affirmatively.

This time, I was tested and sent for a chest X-ray. After it showed fluid in my lungs, the doctor wanted to prescribe azithromycin and hydroxychloroquine. My heart sank.

“I left feeling grateful that I did not need hospital admission. Five days later, I was informed that I had tested positive.”

Hydroxychloroquine, also known as Plaquenil, is an anti-malarial drug. It came to the forefront of conversation about treatment options recently when it was announced that it could be prescribed off-label for COVID-19. This made me nervous because the adverse reactions associated with hydroxychloroquine are the same as ones associated with fluoroquinolone antibiotics.

In its early years, chloroquine was largely dismissed because it was considered too toxic for human consumption. It later became the basis on which quinolone and fluoroquinolone antibiotics were developed.

A fluoroquinolone antibiotic is what weakened my immune system in the first place and caused permanent damage to my body. I refused the hydroxychloroquine and was sent home with azithromycin and albuterol.

I left feeling grateful that I did not need hospital admission. Five days later, I was informed that I had tested positive.

Being immunocompromised made me fearful that the diagnosis was a death sentence. I’d read horrible accounts of COVID-19 patients on ventilators and losing their lives regardless of their overall health.

The virus hadn’t just affected vulnerable populations like the elderly, children and the chronically ill. It had gone after everybody, and it had proved more contagious than the flu.

Between my labored breathing, my peripheral oxygen saturation dipping to 91 and the underlying sarcoidosis, I was scared. If otherwise healthy people had succumbed to the virus, I was certain that the same fate awaited me.

“We are in the midst of a global pandemic, and the whole world now has a glimpse into why chronically ill patients panic when a contagious disease surfaces.”

Ask anyone with an autoimmune disease, and they will tell you that it is always in the back of their mind that hospitalization and death is a real possibility.

With the emergence of COVID-19, even healthy people are taking precautions by wearing face masks, using hand sanitizer and practicing social distancing. These are all things that we in the immunocompromised community already do by habit whenever it’s flu season.

We are in the midst of a global pandemic, and the whole world now has a glimpse into why chronically ill patients panic when a contagious disease surfaces.

Recovering at Home: A Lonely Experience

I have not left the house since March 18, except to go to the hospital. It can be a lonely experience.

My husband, who is still asymptomatic, has been working from home. Even in our own house, we maintain social distancing, and I am confined to a separate part of the house to recover.

“Even after things return to normal, I know that COVID-19 will forever change the way I look at infection.”

It has been a week since my test came back, and I am doing better. My fever is now low-grade. Thanks to breathing exercises my respiratory therapist taught me and my using an albuterol inhaler, I am breathing better.

In order to be released from quarantine, I must have 72 hours of consecutive normal temperature and seven days of quarantine after my symptoms go away. It is frustrating at times, but I don’t think of it as being stuck at home. I view it as saving lives.

Even after things return to normal, I know that COVID-19 will forever change the way I look at infection. This experience has taught me a lot of things. One is that we need to take better measures to protect ourselves in the event that this happens again. Another is that viruses are survivable even when one is chronically ill.