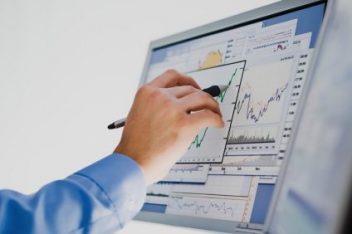 Consumers are bombarded daily with ads for products that promise effortless weight loss, regained youth, a higher quality of life and everything in between. On television, the ads speak directly to the consumer, and lure them in with images of smiling, attractive actors and even the occasional celebrity.

This type of advertising is called direct-to-consumer advertising, or DTCA. These ads are so convincing that many consumers don’t bother to read the fine print. Many critics agree that the ads aren’t just convincing – they also can be intentionally misleading.

And one of the biggest industries to exploit the use of DTCA is the pharmaceutical industry.

Pharmaceutical companies began pouring millions of dollars into direct-to-consumer advertising in the 1980s, and today Big Pharma spends billions each year to reach you and tell you why you should take prescription drugs and keep taking them.

Not surprisingly, shortly after the U.S. Food and Drug Administration (FDA) relaxed its regulations in 1997, direct-to-consumer ads experienced a spike in use. The direct-to-consumer advertising of prescription medications is only legal in the United States and New Zealand.

A recent example of direct-to-consumer advertising is Pfizer’s commercial for its anti-cholesterol drug, Lipitor. A television spot featured Robert Jarvik, creator of the artificial heart and a “distinguished doctor.”  Jarvik tells viewers that even as a doctor, he worries about his cholesterol. According to an article by the World Health Organization (WHO), Pfizer spent $260 million on the campaign.

The World Health Organization said Pfizer didn’t bother telling consumers that Jarvik had never been a licensed medical doctor and that he had no authority to prescribe medication. There was even some controversy surrounding the claims that he invented the artificial heart.

After Congress announced it would investigate Pfizer’s commercial, the drug company immediately pulled it.

In addition to its deceptive nature, direct-to-consumer advertising of pharmaceuticals is driving up the cost of prescription drugs, according to critics. These ads bypass healthcare providers and selling their products directly to eager consumers, leaving pharmaceutical companies to influence patients to ask their doctors for expensive brand-name drugs sold by the company.

In an article published by the Henry J. Kaiser Foundation, 44 percent of adults reported they received prescriptions after asking their doctors about medications they saw in drug ads. The rise in cost is then passed on to other consumers and taxpayers.

There is also concern that this trend will adversely affect an already troubled U.S. healthcare system, generating more money for drug companies and insurance companies and costing doctors and patients more money.

While direct-to-consumer advertising has its critics, others champion the business model. One booster is the Pharmaceutical Research and Manufacturers of America, known to friends and enemies as PhRMA – as in Big Pharma.

PhRMA is a lobbying organization that represents the nation’s leading pharmaceutical research and biotechnical companies. It defends direct-to-consumer advertising, claiming the method “informs patients potentially suffering from disease and raises their awareness of treatment options.”

FDA officials say they intend to conduct studies on misleading pharmaceutical advertising, but the government agency has done little to curtail the rampant ads. In fact, a 2007 study published by the New England Journal of Medicine reveals that the FDA has drastically decreased the citations issued to drug companies.

In the end, it falls on consumers to be aware of what it means to be on the receiving end of DTCA commercials. In an article published by ERIC Digests, author Stephen Gottlieb writes that consumers “must learn to separate facts from images and to tell the difference between what the ads imply and what they actually say.” Consumers must look past the emotional appeal of an ad and take the time to inform themselves.