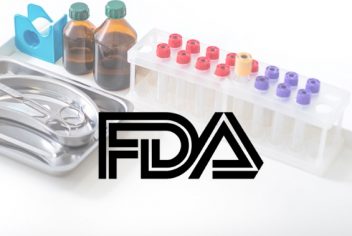 Companies recalled more medical devices in the first quarter of 2018 than in any quarter since 2005, according to a recent report. Meanwhile, the U.S. Food and Drug Administration continues to reduce its oversight of some medical devices.

Specifically, the FDA relaxed its oversight of:

In May 2018, the FDA exempted certain surgical apparel from the regulatory process. This involved single-use, disposable respiratory protective devices. The exempt devices are the ones medical professionals use in health care settings.

Devices exempted from FDA regulation in July 2017 include:

The FDA has proposed adding to the list certain computer software used in blood establishments.

The 21st Century Cures Act allows for the changes in oversight. Congress passed the law in December 2016.

It lets the FDA exempt devices it believes are well understood and do not present risks that need review. The selected devices do not have to go through premarket notification (PMN), also known as 510(k).

The 510(k) system is a controversial program. Most medical devices available in the U.S. received FDA clearance through the 510(k) process.

It’s been called “the weakest and most nonsensical program in the FDA.” The Institute of Medicine issued a report in 2011 calling the process flawed.

The report said the program should be scrapped and replaced. The government made no changes in response to the report.

But the government has continued to reduce its burden on manufacturers. In other words, the weak program has been made weaker.

Under 510(k), manufacturers don’t need to perform clinical trials. They don’t need to submit data proving that devices are effective or safe.

The companies only need to show that the devices are “substantially equivalent” to devices already on the market.

The 510(k) process has been the subject of withering criticism. Critics say devices cleared for the market this way are dangerous because of the lack of oversight.

Researchers have found devices cleared through the 510(k) process are 11.5 times more likely to be recalled than devices approved through PMA.

Several devices cleared through the 510(k) process are at the center of personal injury lawsuits.

Devices cleared through the 510(k) process and later linked to complications include:

But rather than tightening up the 510(k) process, the government has made things easier for manufacturers.

The American Society of Human Genetics opposed the newly announced change for genetic testing kits. The kits are promoted to help consumers determine their risk of certain genetic conditions.

These tests and their interpretations “are often highly nuanced and technical, making it challenging for a consumer without expert knowledge to interpret,” the society wrote in comments on the Federal Register.

The genetic tests assess the likelihood of diseases. They do not yield absolute positive or negative conclusions.

“The FDA should ensure that companies’ claims about the tests … are truthful and not misleading, and that they adequately convey tests’ limitations,” the society wrote.