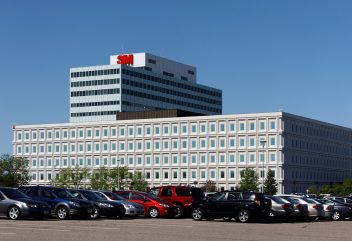 A lawsuit that could affect thousands of people went to trial in Minneapolis on Monday.

It is one of 4,300 Bair Hugger warming blanket lawsuits filed in U.S. federal court. The lawsuits claim the devices caused serious infections. The infections led to more surgeries or amputations.

The trial is the first bellwether trial in the Bair Hugger multidistrict litigation (MDL).
Bellwethers are “test cases.” The outcome can sometimes lead to a settlement or dismissal of other lawsuits.

More Bair Hugger bellwethers are likely. The court has ordered both sides in the Bair Hugger lawsuits to select eight more cases to go to trial.

The U.S. District Court for the District of Minnesota told Drugwatch on Tuesday afternoon that opening statements had begun in the first Bair Hugger trial.

He claims a Bair Hugger used during surgery caused a deep wound infection. Doctors had to remove Gareis’ implant two years later to stop the infection.

Lawyers expect the Gareis trial to last three weeks. In April 2018, the court ordered a second Bair Hugger lawsuit ready for trial in December 2018. The court did not set an exact date.

What Are Bair Hugger Warming Blankets?

Bair Huggers force air into inflatable warming blankets. The air never touches the patient. And the blankets are disposable.

But four studies suggest the devices stir up air in operating rooms. Researchers claim the devices can lift bacteria from below operating tables. It then floats on air currents into open surgical wounds.

A single bacterium can live and grow on the devices. It can create a “biofilm” leading to infection months after surgery.

3M claims the devices are safe after 200 million surgeries. The U.S. Food and Drug Administration reviewed the research last year. The agency said it was “unable to identify” the link between Bair Huggers and infection.

People have filed about 4,700 lawsuits over Bair Hugger infections. A federal panel combined Bair Hugger lawsuits into an MDL in 2015. More than 4,300 remained pending as of April 2018.

People who filed Bair Hugger lawsuits claim the devices spread infections during surgery. They claim they needed surgery or hospital stays to stop infections they developed.

Some people needed amputations. Others claim a Bair Hugger-related infection killed a loved one.