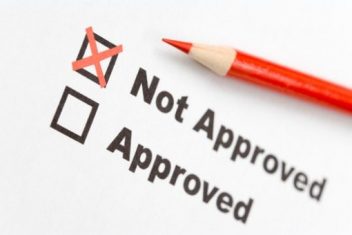 The U.S. Food and Drug Administration (FDA) finally has admitted that the generic of the popular antidepressant Wellbutrin XL is not as effective as GlaxoSmithKline’s original drug. The announcement came on Oct. 3, after new data showed that Budeprion XL 300 does not release its key ingredient correctly.

As a result, the FDA asked Teva Pharmaceuticals, the world’s leading manufacturer of generic drugs, to halt shipments of its generic extended-release bupropion. The move comes four years after the agency dismissed complaints from patients, who reported that Budeprion XL 300 did not perform in the same manner as Wellbutrin XL. They said the drug used to treat their depression or anxiety caused unwanted side effects, such as headaches, anxiety and insomnia.

According to The Associated Press, an analysis of Wellbutrin XL and Budeprion XL 300 by ConsumerLab in 2007 first indicated the generic released its active ingredient much more quickly than the brand-name drug. The news service reports that the FDA’s own study concluded in August and has triggered its recent reversal on the generic’s approval.

That’s a rare occurrence for the FDA. In fact, David Read, regulatory counsel for the FDA’s office of generic drugs, told The Associated Press that the agency has only reversed its approval on the equivalence of three drugs in the last five years. Last year, generic drugs made up 80 percent of the 4 billion prescriptions written in the United States, the news service reports.

Still, the less-stringent process of approving generic drugs leaves consumers open to the possibility of not only missing out on the medication they need but also suffering side effects. Manufacturers of generic drugs only have to demonstrate to the FDA that their prescriptions are the same dose and strength and function similarly in the body as their name-brand counterparts. In practical terms, that means small case studies instead of large, expensive clinical trials are required. And the money saved on testing is passed on to consumers when generics are priced at a fraction of the cost of name-brand drugs.

Teva’s Budeprion XL was not the only generic extended-release Wellbutrin to be called into question. The FDA ordered manufacturers Anchen, Activis, Mylan and Watson to retest their generics to ensure they meet the standard for bioequivalence.

Bupropion is a norepinephrine-dopamine reuptake inhibitor (NDRI) that is used to treat depression, most often in conjunction with a selective serotonin reuptake inhibitor (SSRI) antidepressant. Bupropion is added to a patient’s treatment regime when an SSRI alone is not producing the desired results. Typically, bupropion works best with the SSRIs Prozac (fluoxetine) or Zoloft (sertraline).

Unfortunately, SSRIs have been linked to numerous serious complications and birth defects. In addition, the FDA has warned consumers that these antidepressants can increase suicidal thoughts and behaviors in children and young adults.