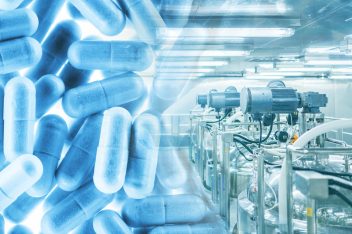 Some of the biggest studies and FDA warnings of 2017 involve the opioid epidemic, heartburn drugs known as proton pump inhibitors, the diabetes drug Invokana (canagliflozin) and testosterone replacement therapy.

This year also saw studies pointing out the failures of the FDA’s drug and device approval process, and Big Pharma’s kickbacks to doctors.

Three countries issued various bans on transvaginal mesh, a product doctors have used to treat incontinence and organ prolapse in the U.S. since the 1990s.

The decisions were big victories for patient advocacy groups campaigning to ban mesh.

In their decisions, all three countries cited complaints and concern from the public as well as studies detailing complications linked to the plastic, net-like implant. Reported complications include organ damage and chronic pelvic pain.

New Zealand became the first country to ban all types of mesh for gynecologic uses, such as bladder slings for incontinence and mesh for prolapse. Bans in Australia and the U.K. focused only on mesh used to treat prolapse.

Aside from the ban on mesh, several studies and reports focused on drugs and devices that affect women.

Other Studies, Reports and News on Women’s Health in 2017:

Top Drug and Device Studies in 2017 Focus on Risks

A number of studies published in 2017 focused on risks associated with prescription drugs and medical devices. Some highlights include hernia mesh and the diabetes drug Invokana.

Notable Drug and Devices Studies in 2017:

Reports and studies in 2017 criticized the FDA drug and device approval process. Other data showed Big Pharma spent billions on doctor kickbacks in the form of free meals, gifts and trips.